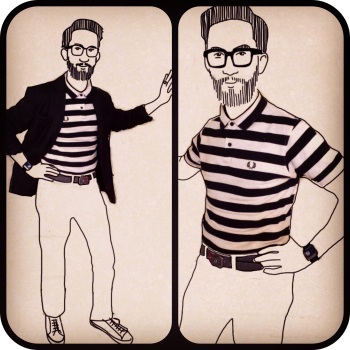 I hope I’ve made a decent case for why you should wear a tie on vacation, but sometimes, a tie isn’t going to happen:

You just got home from a long day at work and can’t wait to get out of your office clothes. Tie = oppressive.

You’re going to a swimming pool. Tie = out of place.

You could throw on a t-shirt, but why do that if you can wear a great polo? 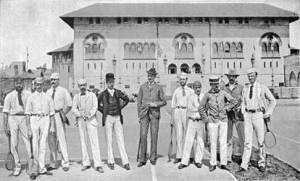 If you’d had to wear something this starchy and hot to do something athletic, you would’ve invented a garment, too.

Let’s start with things you didn’t know about polo shirts:

1. In the 20s, a famous tennis player was sick of the flannel pants and long sleeve shirts that composed “tennis whites.” He invented a garment out of pique cotton (waffley weave, for you non-french speakers).

His name? LaCoste. I’ll let you guess what animal his company stitched over the pocket.

2. The shirt, both lightweight and rugged, with a collar that could be flipped against the sun, caught the attention of Polo players. One South American polo club added an emblem of a rider on a horse. It was wildly popular.

Guess why we call it a polo shirt…?

3. Golfers, in the 50s, got their own version with a pocket over the right shirt for scorecard and tees, often with a a placket extending lower on the shirt than the older tennis shirt/polo shirt.

This version was later made of lycra and other stretchy stuff.

What not to do: seams need to fall on shoulders.

4. Ill fitting polo shirts have become industry standard uniform for retail and counter-clerks, a proliferation of baggy, flappy-sleeved polo-shirts have given this handsome garment a very bad racket. No pun intended.

Now, you’re a polo shirt maven, at least as far as history of the shirt is concerned. And if you look around, you’ll see that this shirt is everywhere, but generally, it’s worn poorly. 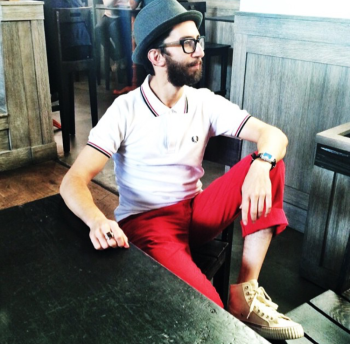 The white, blue and red accents will not make you look like Yankee Doodle. It will, however, lend your outfit a timeless, classic past-time look.

One of the things that makes a polo shirt (potentially) classy is that, well, it’s classy in the literal sense of the word. It hails from tennis and polo 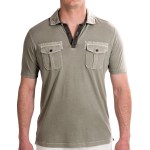 2 pockets? Trim? Stitching? This poor shirt doesn’t know who or what it is! Keep your polo simple!

and golf, games that, historically, were thought of as “gentlemen’s” games.

And, like many uniforms of olden days, the garments were white (with red and blue accents).

For this reason, when you put on a polo shirt, you have the potential to tap into some of this stately, classy, gentlemanly business. 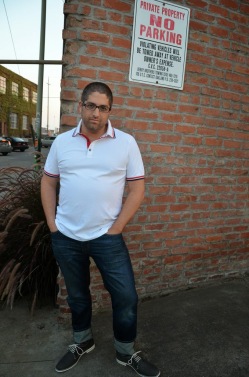 While the polo began as a sporty shirt, the mods of England adopted it, and wore them as they tore up London on the backs of Vespas.

Today, if you pair your polo with some sweet shoes and a rock-and-roll scowl, you may merit to be the main-character in a coming-of-age movie with a classic sound track. 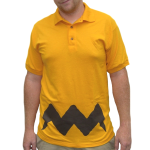 What not to do. In soooo many ways.

The fastest way to ruin a good polo look is with a shirt that billows around the belt-line and sleeves.

Get your Polo as slim fitting as you can without it being downright tight.

In fact, look for a label saying, “slim fit.” That’s a good place to start, even if you’re a normal sized guy. 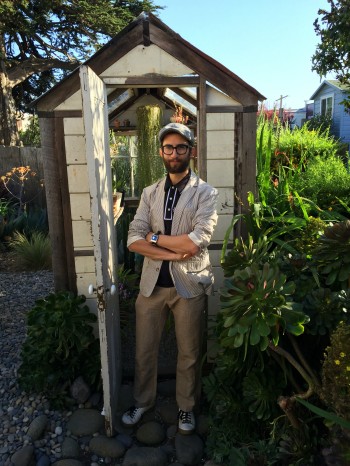 Let’s focus on the outfit

Pair your polo with an unstructured jacket and white shoes for a luxury-relaxed look.

My favorite is the slim fit Fred Perry. If you buy it on e-bay, be sure to find one with a tag saying 36″ (slim fit), made in UK. The made in China variety has a much bigger collar and is baggier.

For a bargain, try the Original Penguin brand or a used Ben Sherman, but don’t get suckered in by fancy stripes and patterns.

You want a classic-classy casual shirt? A white polo is as 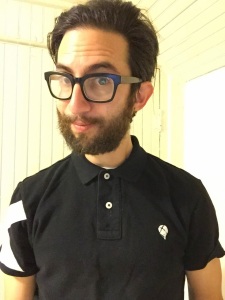 Then again, even my rules are made to be broken…

classy-classic casual as they come.